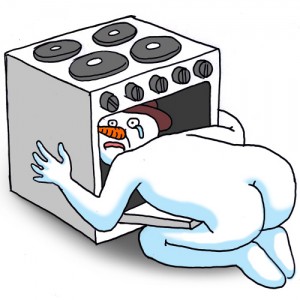 When Hamlet prayed: “O that this too too sullied flesh would melt, thaw, and resolve itself into a dew”, he was formulating the most famous invocation of deliquesence in the English language. Come to think of it, perhaps the wicked witch of the West’s cries of “I’m melting” are more celebrated. Either way, to deliquesce is to become liquid by absorbing water from the air, or melt into goo as part of the process of decomposition. Etymology: from Latin deliquescere, de-, (down, from, away) + liquescere (to melt, to be fluid).

“In time, the flesh and vegetable matter deliquesced. The earth swallowed the rich, loamy slime, then sent forth a kaleidescope of flowers. In a haze of heady scents, and surrounded by this multicoloured wreath, Anselmo’s bones were bleached by the sun.”