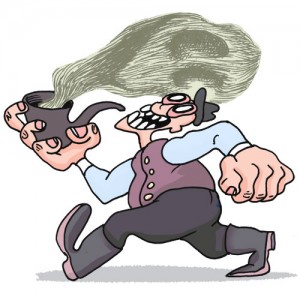 Lunting is a delightfully anachronistic term that describes the gentlemanly pursuit of taking a constitutional stroll while smoking a pipe. To lunt was a verb that originally meant to emit smoke or steam, or to light a pipe. The perambulatory overtones were first added in John Mactaggart’s Scottish Gallovidian Encyclopedia of 1824.

“As Peters was lunting through the fen he spied a strange and twisted piece of timber. But wait! This was not wood. It was a gruesome corpse, preserved by the bog and twisted by time. He stared into the gaping mouth and empty eye-sockets and emitted a puff of smoke that was ushered away by the wind.”