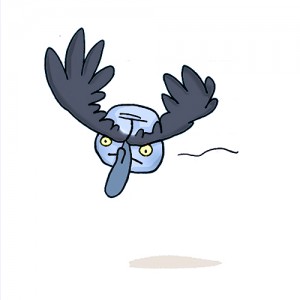 Ever seen a gentleman whose noble brow is even-further ennobled by a prominent set of eyebrows? Perhaps they were like the wings of a bat? Perhaps they formed fine points, like a Viking’s helmet, or Salvador Dali’s moustache? Either way, the word you’re looking for to describe this impressive facial feature is palpebrous. Palpebrousness (or could it be palebrosity?) is the possession of prominent eye-brows.

Etymology: From Latin palpebra, an eyelid. Apparently the word was mistranslated by Benjamin Smart, a nineteenth-century grammarian in his New Critical Pronouncing Dictionary of the English Language.

“Tennyson used his eyebrows to intimidate. He leaned in close to the cowering Benjamin Spratt and thrust his palpebrous protrusions at him like horns. ‘Do you still accuse me of favouritism, you cur?’ he growled.”