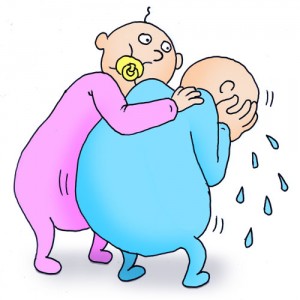 What’s that sound you hear ringing out around maternity wards? Those uncertain warbling cries as lungs labour for the first time? The pain and displeasure as air is forced through vocal chords after a new born child is forced into the world? That’s vagitus. It’s the crying of a newborn baby. Vagitus also forms the basis for the medical term vagitus uterinus, which is the crying of a baby still in the womb. Etymology: from Latin vāgiō (cry, or wail).

“Ronald listened as his mother’s cries of labour gave way to his brother’s vagitus. He squeezed his hands into tiny fists and vowed eternal hatred for the little beast.” 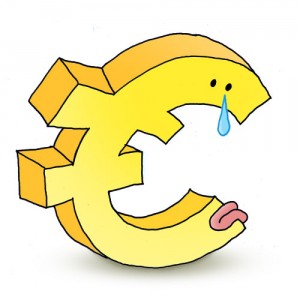 Floccinaucinihilipilification is the act of estimating something as worthless or without value. It has the distinction of being the longest non-technical word in the English language. If you’re interested, the longest overall word is this one.

Etymology: Apparently the term was coined by pupils at Eton from a line in the Eton Latin Grammar that listed verbs that govern a genitive noun: Flocci, from floccus, a wisp or piece of wool + nauci, from naucum, (a trifle) + nihili, from the Latin pronoun, nihil (nothing) + pili, from pilus, (a hair, or something insignificant) + fication.

“Stamps filled the air like snow; Tarquin wept as the boys engaged in the floccinaucinihilipilification of his beloved philately.” 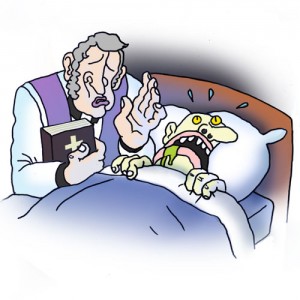 Did you hit the town last night? Are you feeling the worst for wear? Then rejoice! You are in an ideal position to help revive the usage of crapulous. Before hangovers arrived on the scene, crapulous was the common phrase for those suffering due to the excesses of the night before. Until the start of the 20th Century, hangovers just referred to unfinished business, and the term was only used to denote the after-effects of drinking too much for the first time in 1904. But let’s get back to crapulous.

Technically, crapulous can refer to both drunkenness and sickness from too much drinking. Etymology: From Latin Crapula (intoxication), which in turn came from Ancient Greek κραιπάλη or kraipalē, (intoxication or hangover)

He awoke in a ditch; crabby, crapulous and missing his footwear. His memory was defective, his mood black, and his clothes were stained with swill, blood and vomit. 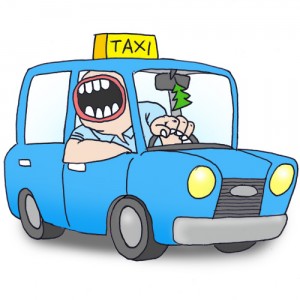 An ultracrepidarian is somebody who gives opinions on matters beyond their ken, one who expounds outside the bounds of their expertise, a spoofer, a mouth, an uninformed know it all.

The word has a classical and pedestrian pedigree. From Ultra, Latin (going beyond) + Latin Crepidam derived from the Greek Krepis (shoe). Literally, ultracrepidarian means going beyond the shoe.

The term comes from a comment from a fourth century Greek painter Apelles to a shoemaker who presumed to criticise his painting. The would-be critic pointed out that a pair of sandals were incorrectly represented and emboldened by his new found status as an art critic, went on to expound on other deficiencies in the painting. Apelles’ response? “Sutor, ne ultra crepidam” i.e. a shoemaker ought not to pass judgment on matters beyond the soles. 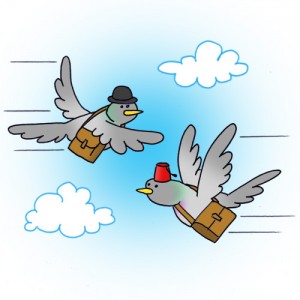 Famigerate is one of those great ole obscure words that had its heyday in the 17th Century, but since then has fallen out of use and favour. Famigeration is the act of carrying news from abroad, or talking about foreign news. Etymology: from Latin fama (fame) + gerere (to carry).

“The midshipman loudly proclaimed the news from the thirteen colonies. Sailors, stevedores and customs officials pressed close to hear him famigerate. To a man, their faces blackened with the reports of the continental congress and its sabre rattling.” 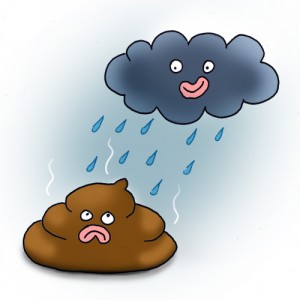 Next time you breathe deep the smell of the rain-freshened earth, give thanks for petrichor. What a unique scent! What a wonderful word! Petrichor refers to that earthy aroma that wafts up off the ground after rains that follow a particularly dry spell.

Etmyology: From Greek Petros (stone), + Ichor (the ethereal fluid that’s the blood of the gods in Greek mythology). This delightful term was coined in 1964 by the etymologically imaginative duo of I.J. Bear and R.G. Thomas, in an article for the journal Nature.

“His blood ran into the black loamy earth. He closed his eyes and his last breath rose up with the petrichor towards the sun.” 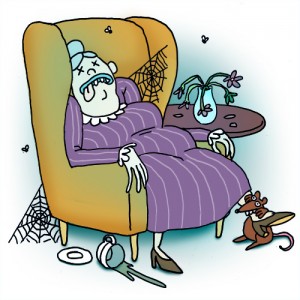 Oftentimes the well heeled will find ways around sullying their mouths with dirty words. Scatological synonyms will take the place of vulgar verbiage; whether bodily functions or ordure of any kind. So it is with Pulveratricious, a big word that means dusty, or covered in dust. Etymology: From Latin , pulvereus (dusty). But wait, there’s more! The term comes from the Linnean biological classification pulveratores, a type of bird that was deemed dusty, due to the fact that they rolled in the dirt to dislodge bugs from its feathers. As a result, pulveratricious is also an anachronistic term for birds who nest close to the ground.

“The great, dark house now served as a perch for a thousand crows. They cawed and quorked at intruders who dared approach. Anyone who stole past the black sentinels into the building itself could be forgiven for thinking they had entered a tomb; the labyrinth of rooms was creepy and pulveratricious.” 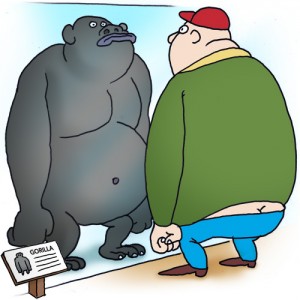 Look in the mirror. What do you see? A reflection? Nonsense! A reader of Uncommon Parlance observes an enantiomorph: the fancy-pants term for a mirror image. Enantiomorphism also crops up in the field of chemistry where it refers to crystals that are structurally mirror images of each other. Etymology: from Ancient Greek ἐναντίος or enantios (opposite) + μορφή or morphē (form).

“The cardinal looked himself in the eye and curled his lip into a sneer. In the mirror his enantiomorph exhibited the same self-disgust and followed suit.” 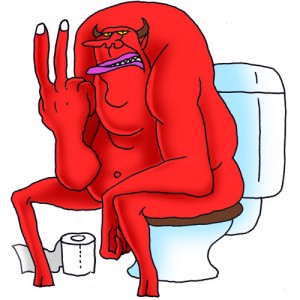 Tennis or poker aficionados may not be impressed to find the word deuce on uncommon parlance. However, the word justifies it’s inclusion with a huge number of meanings.
Deuce can refer to the number two, or two of anything, eg. two pounds, dollars, or even euro.
In card games it refers to a card with two spots, one of four in a standard deck of playing cards.
In dice it refers to a side of a die with two spots, or a cast of dice totaling two.
In tennis, it’s tied score, where one player must score two additional points to win.
In the restaurant business, it’s a table for two.
A Deuce Coupe is a slang term for a 1932 Ford Coupe, a car beloved of hot rodders.
In baseball, it’s a curveball.
In the field of animal husbandry, it’s shearing two hundred sheep in one day.
It means “Peace” when used in tandem with the V-sign (the good one).
It’s an exclamation invoking the devil; eg. “What the Deuce!”
Finally, it has a delightfully scatological meaning: to defecate. Etymology: from French deux (two), from Old French deus, from Latin duo.

“His neck and arms were blackened by the sun. He was lathered in sweat. After shearing his two hundredth sheep, Bruce craved two things: a deuce and a Vic Bitter.”

The word deuce was suggested to Uncommon Parlance by Ben Locker, copywriter extraordinaire and a veritable prince of persiflage. 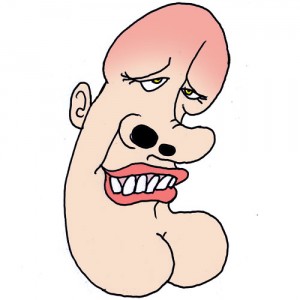 Do you know an arrogant son of a bitch? A supercilious snob who looks down his nose at everyone and everything? Then you know someone who’s worthy of the word Fastuous. Fastuous is the logophile’s latinate term for one who’s showy, disdainful and haughty. Etymology from Latin, fastus (haughtiness or pride).

“Impervious to the truth and immune to reality, Magnus felt that he was god’s gift to women and the world was his oyster. Actually, women put their fingers in their mouths and pretended to get sick behind his back, and he was universally considered a fastuous irritant.”